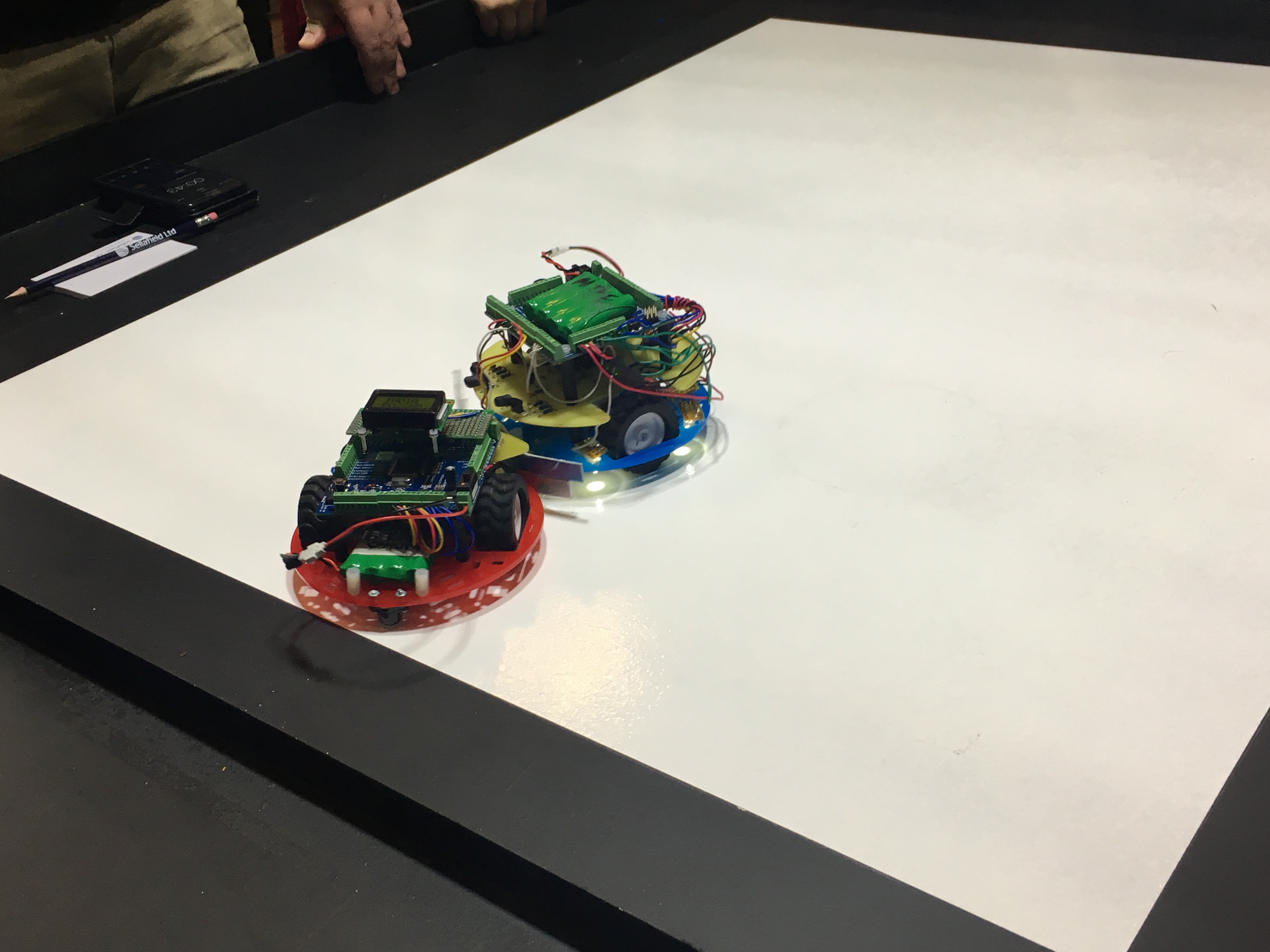 Swansea University students studying Electrical and Electronic Engineering have been teamed up to build Micromice for their Group Design projects. Active Robots was invited to the event, hosted at the historic Gregynog Hall. It was great seeing how our parts, which we annually supply to Swansea University, are implemented within the project.

The parts supplied by us are the Chassis, motors, wheels and ball casters (just to mention a few). Most of these are from the popular Pololu Brand.

So, what is a Micromouse?

A Micromouse is a small, wheeled robot equipped with command-appropriate sensors. It must be capable of performing predetermined tasks that are required of it. 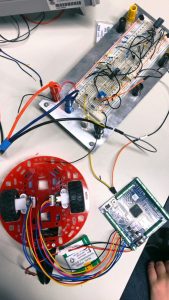 What is required of the Micromouse?

There are 3 different tasks that the Micromice must complete:

The Micromouse must be able to follow a rectangular path with a white line of 50mm. This is on a matte black background.

The Micromouse must dodge contact with walls and routine barriers such as table and chair legs, small boxes and other Micromice. 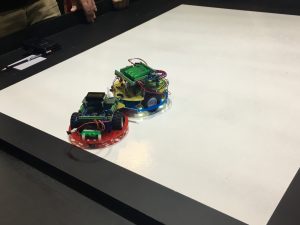 The infra-red sensors have the lowest priority; the mouse must seek the source only if there is no conflict with the white floor sensors or if there is no impact detected.

The floor sensors have the highest priority; if the edge of the rectangle is found then the mouse must abandon its attack and move to regain its position within the arena.

The lecturers in charge of the module assess the tasks. They award marks based on the number of “touches” scored by each mouse against its opponent in a set time. The bout between mice ends immediately after one exits the arena. If both mice are in the arena at the end of the battle the judge will consider the number of touches. The battles are won by a “best of three” system. 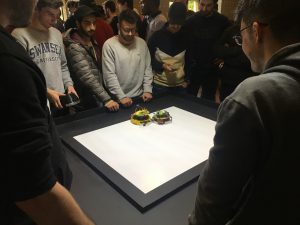 The battles were intense and exciting, sometimes there was even a need to watch replays in order to check if a Micromouse had exited the arena or not. After several rounds the winner was crowned- Team Mike had beaten off the competition and won the combat category.

Finally, as the champions of the 2019 Team Mike were then challenged to compete against the winners from 2018. The pacman-style robot from 2018 was a lot more graceful in style, with covered wires and a strong finish, however this may have been a case of style over substance, as there seemed to be some sensor issues, meaning Team Mike won again. 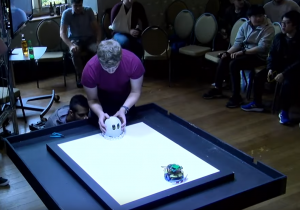 Active Robots thoroughly enjoyed attending this event. We were more than happy to deliver a presentation to the students outlining our product range, suggesting where other items may be able to help in the Micromouse challenge next year.

We also talked with the students some of the projects that our sister company Active8 Robots has been working on, showing them real world robotic applications.