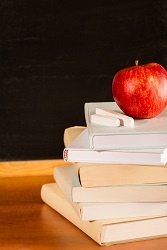 The evolution of education has occurred over many centuries, although the process was only really formalised and envisioned as a mandatory part of a child’s development within the last 150 years.

Until relatively recently, the structure of classroom-based learning was fairly rigid, both as a result of adherence to traditional practices and the restrictions of the technology available to schools.  This has now lead to government changes to School Curriculum.

However, 2014 marks a real turning point for pupils in the UK as a result of a new government initiative to ensure that the importance of modern technology is instilled in children from a very early age. This will endow them with the knowledge and skills to develop successfully during a time when robotics and automation is set to reshape the nature of human employment and society.

The Changes in curriculum determine both the subjects that are taught and the areas within each that are focused on in the classroom have been adjusted. From September, those in Key Stages 1 and 2 will be exposed to fresh ways of thinking and learning. The idea is to provide children with the freedom to think creatively, solve problems in new ways and experience the full gamut of technologies that are available to them today.

The former Education Secretary, Michael Gove, spoke about the plans recently, explaining that children will be taught how to code in common programming languages. They will also be helped to build their own computers and ultimately be introduced to robotics.

According to Gove, the curriculum change will inspire children to take advantage of technology and be prepared for this when they begin work in later life as technology will become a necessity.

Funding for 3D printers is being rolled out following a successful pilot scheme so that these can be integrated into the learning experience. Students will be able to collaborate, communicate and engage in ways that were impossible before the age of superfast broadband connectivity.

In short, the changes being made to the curriculum in primary schools across the UK this year will have a positive and lasting impact on children’s futures.