EV3 unleashes the Power of Python 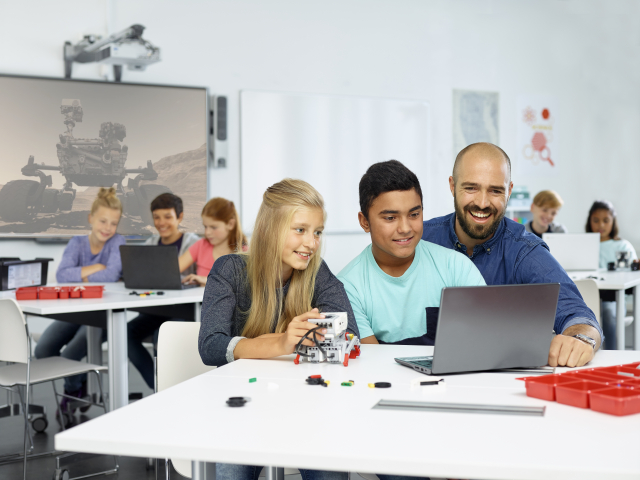 LEGO® Education has recently announced that you can now use your EV3 Brick to unleash the power of MicroPython.

There’s no need to learn Linux or use a terminal. It works out of the box on Windows, Mac, and Linux. All you need is a microSD card and an EV3 Brick. Just install the EV3 MicroPython image onto your micro SD card, and away you go! Find the steps here.

MicroPython helps users familiar with Python programming to use this language to control an EV3 robot. This is done with Visual Studio Code from Microsoft (free download for windows and MAC laptops). MicroPython is an optimized version of Python for micro-controllers that enables students to acquire skills directly applicable to real-world Python programming.

With contributions from the community, LEGO has worked hard to make (Micro)Python programming more accessible than ever. EV3 MicroPython is designed to be easier to use for beginners by taking away some of the complexity of getting started with Python programming on the EV3.

Python is a modern, very powerful programming language that is concise, legible and thus easier to learn than most others such as C++ or Java and is therefore very popular in schools and universities. With step-by-step instructions and powerful ways to control motors and sensors, it’s now much easier to program your EV3 robots with Python.

We know that FLL teams will really like the smart way to control motors and sensors with EV3 MicroPython.

Looking to use a modern, powerful, easy-to-learn programming language, perhaps with the intention of becoming a professional programmer one day? Look no further; Python is the industry standard.

Having the accessibility to implement this code on a tried and tested coding solution such as EV3 is a great step forward, making EV3 even more relevant within further education.

Take a look at the MicroPython lesson plans here.