Work Experience - In at the Deep End 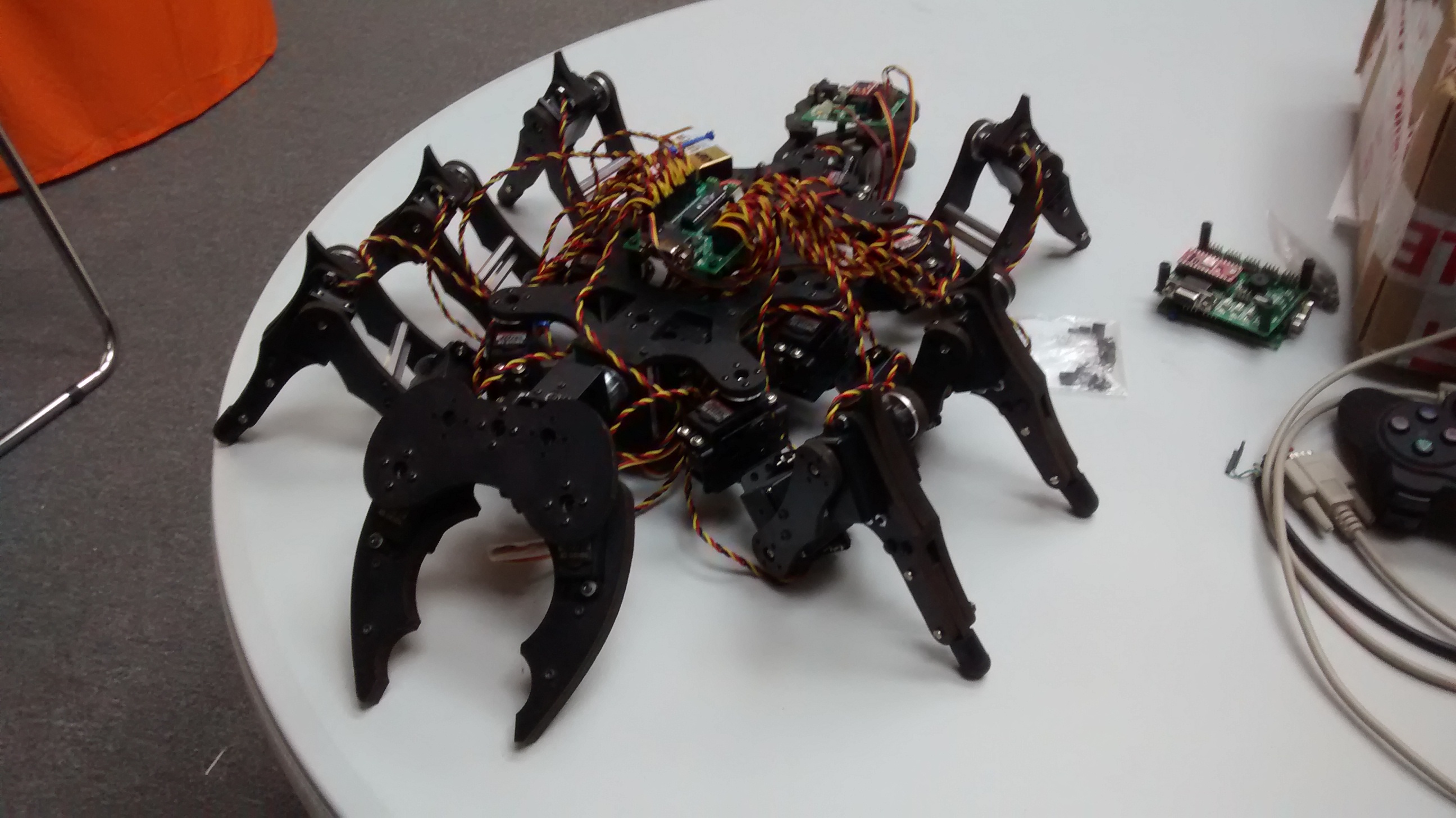 Having had no prior experience with any robotics, it was quite daunting to see a huge hexapod lying in front of me on my first day of work experience. This hexapod had been abandoned in a box for many years, wires were spewed out across its lifeless back and its circuitry was all exposed. It was my job to nurture this poor robotic ant back to health.

The first thing I did was check it had been assembled properly. Everything seemed fine, the servo motors worked and it was all held together nice and securely. Then I got to the mandibles. There was a sensor placed inside to tell how much force was being applied to it. This sensor was secured to the wires by some loose fitting tape and a few strands of snapped plastic, the main part flimsy and cracked after years in a dusty box. I lifted it up to inspect it further and the main conductive part had severed off from the solder, prompting me to replace it.

I was handed a replacement and began working on it, de-soldering the wires and soldering on the brand new sensor. I secured this with some actual tape that didn't act like a baggy sleeve and which I hope will keep this one from having the same fate.

After tracing every wire and moving a few around to make sure they matched the online schematic, the main physical part seemed good to go. We booted up a program called LynxTerm and began trying to breathe life back into the retired bot.
The robot sprang into life, its legs instantly propelling out and forming its neutral stance. Seeing what only a few minutes ago was a lifeless tangle of shapes and wires now pouncing into position ready to walk was a sight to behold.

With everything looking OK, I went to work on tidying up and making it look a bit neater. I placed the circuits inside and had to place every wire in the correct spot, whilst making it all fit inside. It looked a lot tidier and more like the images of hexapods I'd seen.

Now came the moment of truth. We plugged in the battery, hooked up the cell, switched the lever, turned on the controller and pushed start. It once again sprang into life, lifting itself off the floor and stood firm and secure. I pushed forward on the left joystick, ready to finally see my hard work pay off with some impressive strides from this mechanical beast. It began wiggling on the spot, its legs moving back and forth whilst remaining on the floor. It remained stationary.

We deduced that there wasn't enough power to make the ant crawl around, so we put it's battery on charge and called it a day. We arrived back the next day with full hopes and a full battery. We once again plugged it all in and turned on the controller. We pushed down the joystick. The old retired bot took its very first step in years. It worked! The robotic bug began walking all around, its mandibles snapping with glee now that it could walk again. It was great to see what was a dysfunctional, broken, robot now up and running because of our work. This was my first robot fixed, and hopefully not the last.

This project used the A-pod from Lynxmotion, available in our store.