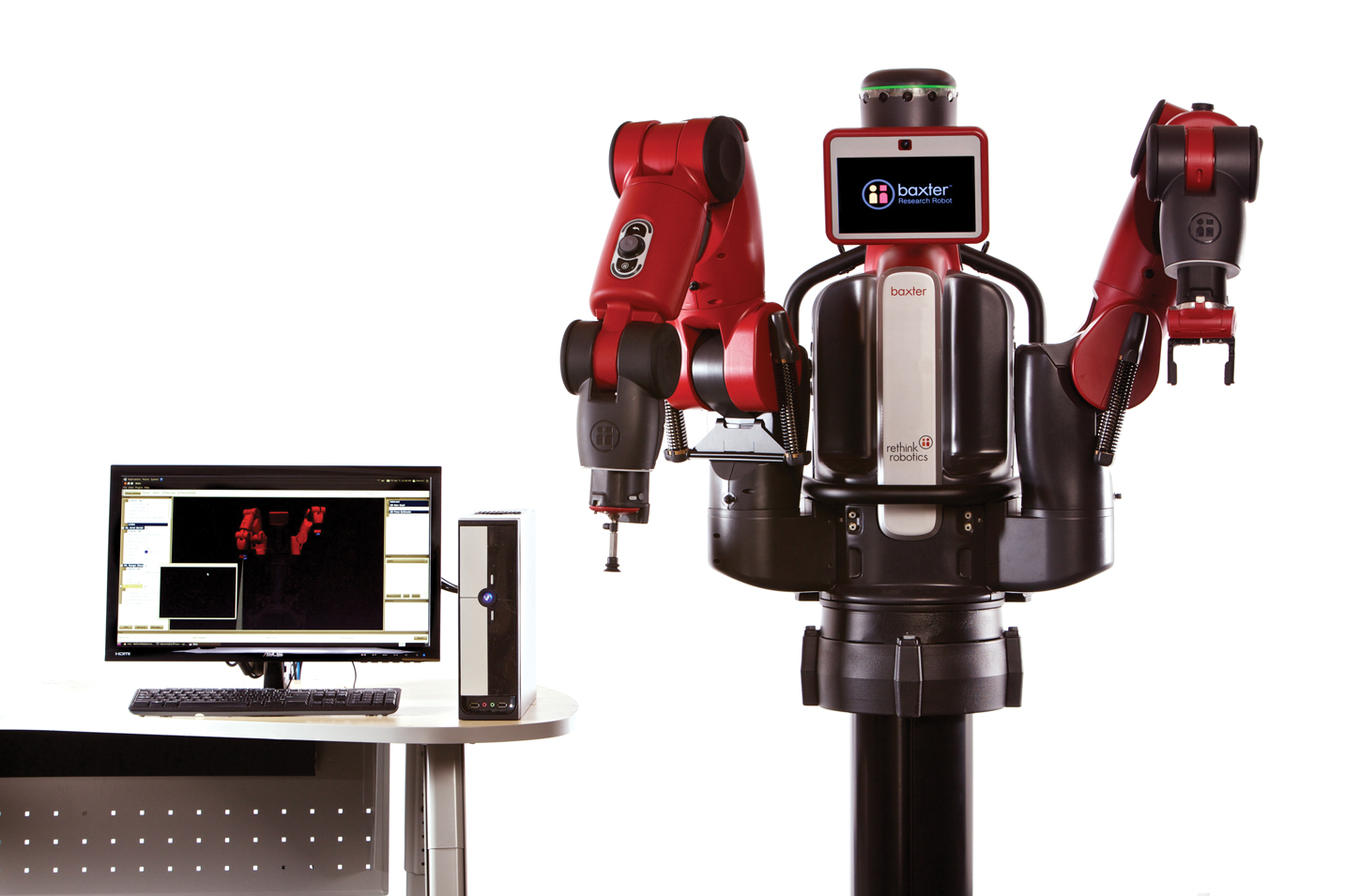 A robot is an autonomous or semi-autonomous electromechanical system that couples inputs, such as sensors, with actuators, such as motors via a control system. This control system and its overall ability to control the robot in a logical manner is often compared to the human brain.

While advances in computational reasoning have been significant in recent years, the most advanced robot brain is still nowhere near as capable as our own grey matter.

The term ‘Robot’ was coined in 1920 by the Czech writer Karel Capek, in his play about humanoid wage slaves titled "Rossum’s Universal Robots". The word derives from ‘robota’, literally: "serf labour", but more figuratively associated with drudgery or hard work in Czech.

Our perception of robots is often coloured by science fiction, within the medium of books or film it is easy for writers to overestimate technology in the short term, and this overestimation of robotic ability, coupled with often hostile robots can lead to a fear that robots will take our jobs. The real fear among roboticists is that we will not be able to develop robots capable of doing all the tasks we require of them fast enough.

Robots are designed to be very specialised in the tasks they are capable of, they are programmed to do a small number of tasks and to do them repeatably, accurately and reliably. A robot on a car production line may be excellent at welding a very specific part of a chassis, but ask it to explore Mars and you won’t get much useful information back. Conversely the Curiosity Rover on Mars won't be building any cars, but is helping further our knowledge of the solar system.

Robots are traditionally tasked with performing the "4 D's", tasks that are described as Dirty, Dangerous, Dull or Distant. The ability of robots to perform tasks, that are loathed by humans, without complaint, is a key benefit to modern manufacturing, without robots the UK car industry would have off-shored to a cheaper manufacturing base many years ago. Robots sent to places where humans cannot venture allow us to protect ourselves while still performing high risk tasks, be it bomb-disposal, nuclear decommissioning, and deep-sea or space exploration.

The key for the future is to ensure that we collaborate with robots and work alongside them, using them as a tool to increase human productivity and capability. In the 1980's the PC revolution provided a tool for office workers to do this; spreadsheets performed the basic arithmetic, leaving the human to the higher level tasks. The same is now possible for other, more physical tasks, using collaborative robotics. Be it a soldier utilising a bomb-disposal robot to reduce risk, or a factory worker using Baxter to increase productivity the future of robotics is a collaborative one.