A day in the life of NAO 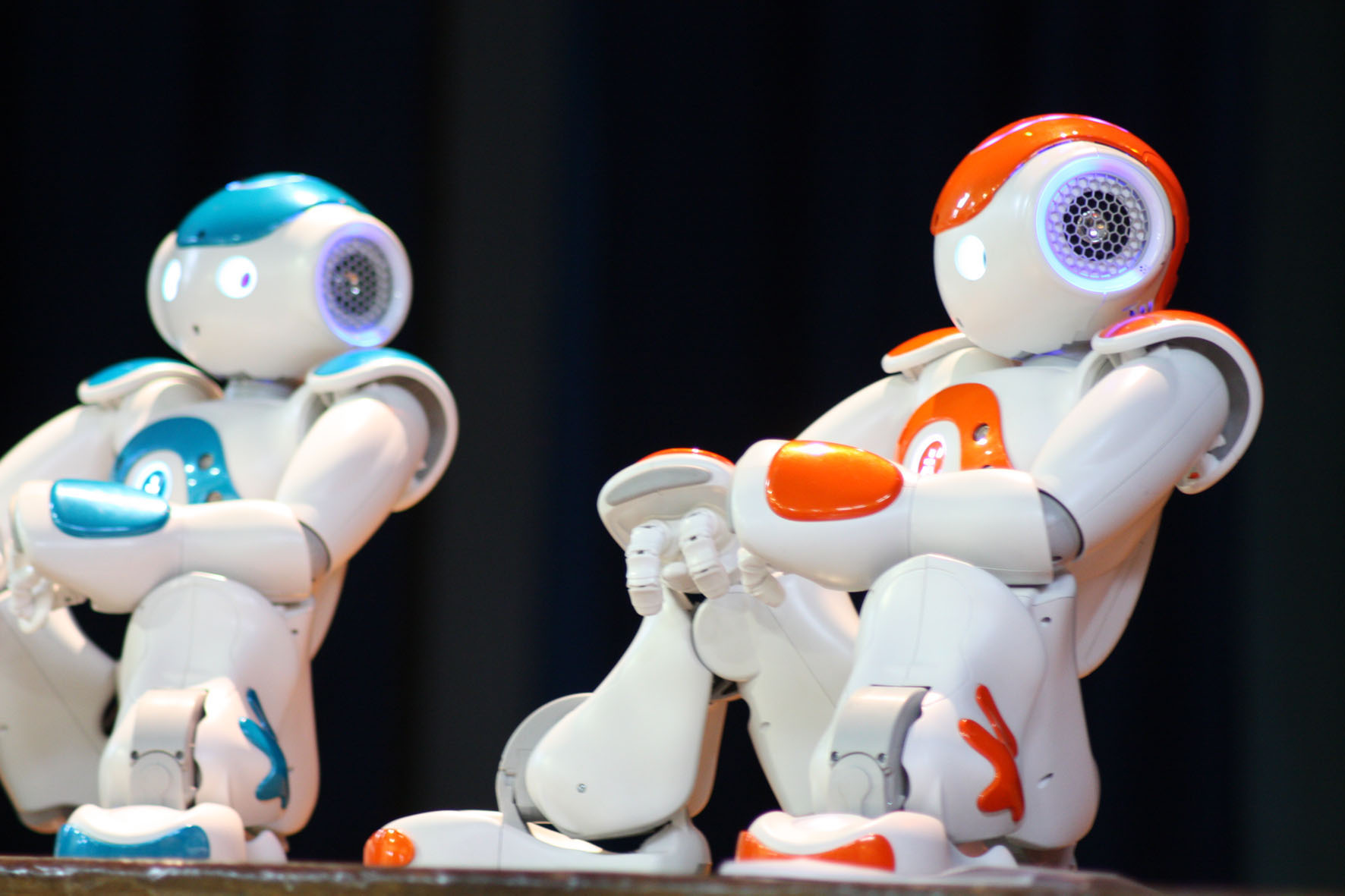 NAO is a humanoid robot developed by the French robotics company Aldebaran Robotics.  NAO can be programmed so that it acts autonomously, or independently of human control and, according to the manufacturers, is the most widely used robot of its type for academic purposes worldwide.

NAO can be connected directly to the Internet via a wired or wireless connection to download programs that allow simple movements, such as standing up or sitting down. When NAO visits schools for workshops, it may be faced with many different challenges. This allows schoolchildren to understand how robots ‘see’ the world and programming its sensors accordingly. NAO robot is equipped with cameras, infrared transceivers, pressure and touch sensors, microphones, speakers and a voice synthesiser, so the possibilities are almost endless.

One of the first tasks that NAO is exposed to is for schoolchildren to make the robot walk, and even this, apparently simple operation, requires knowledge of equations, variables and aspects of geometry, although children may not realise it at the time. Once children are off the ground with NAO, listening, talking and interacting with its environment are all possibilities for the 23-inch high humanoid robot and its operation is limited only by the imagination of the children and their teacher.

Science and technology, engineering and mathematics (STEM) subjects are likely to be at the top of the list when it comes to potential learning opportunities with NAO, but robotics can also provide an introduction to other areas, such as human-human interaction, or human-machine interaction, which may stimulate interest in social science. Budding scientists are introduced to elements of the ‘scientific method’ as they carry out experiments, take measurements and record results, but their learning is hands-on, with exciting animated robots rather than stuffy textbooks.

The NAO is sufficiently versatile that children are unlikely to become bored with it, even after extended use, and it can hopefully shed some light on the importance of robotics technology in the future, as well as opening up new career paths.