Build your own battle bot and compete against your friends and classmates in various games!

Control with your smartphone or tablet

Mini Troopers are made from solid and durable parts that are used in higher level robotics. Learn to use robotics tools and discover real life engineering solutions. 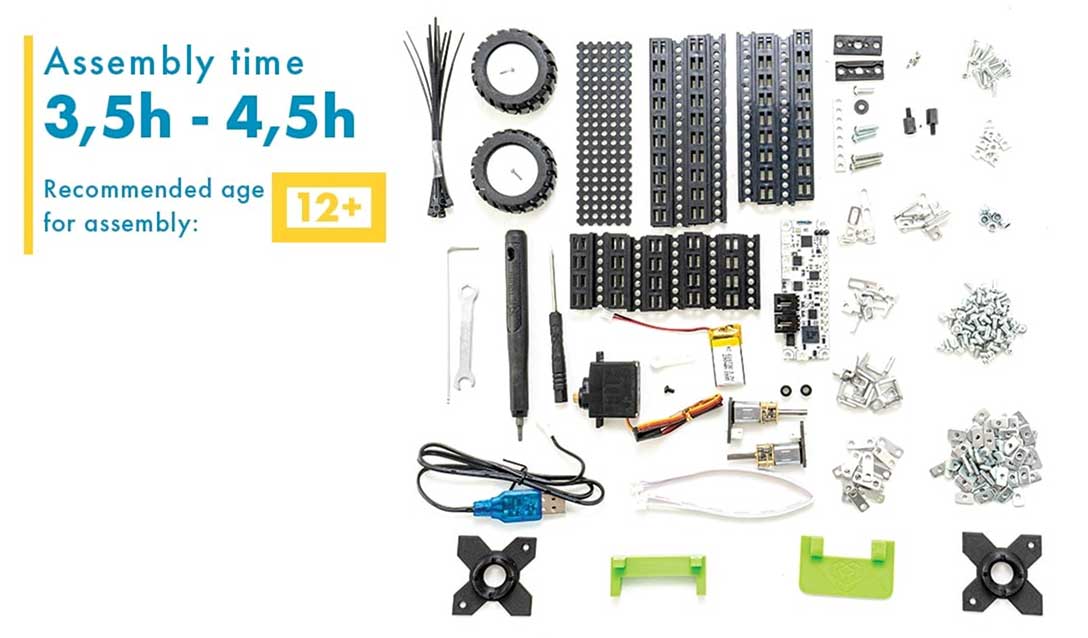 Build your own mini fighting trooper and prove who is the best battle robot operator!

Make your own arena: we suggest using adhesive tape for simple arenas, however we encourage to use your imagination.

Do not forget: Mini Trooper is easy to modify and customize after each battle.

Make a field with the tape.

Player, who gets out of bounds for 5 times, loses.

Flip your opponent while avoiding getting flipped.

Note: when your opponent is upside down you have to let him recover.

Player who turns over his opponent 10 times wins.

Combination of Flipper and Sumo. Use bigger area.

3-points for a flip; 1-point for taking opponent out of bounds.

Make a field with the tape and use Totem pick as a ball.

Try to get the ball to the opponents goal box!